What do we miss the most?

Well, folks, another summer is in the books. The Mister and I traveled to both American coasts, visited as much family as was possible, and ate entirely too much food (seriously. We both came back having gained double digits in pounds. Oops.). We are exhausted from all the travel and happy to be back in our own bed, snuggled up with our sweet Kitty.


Each summer we are home we get asked a round of roughly the same questions every where we go and this summer was no different. We have both developed a set of canned answers to the series of queries (see what I did there).

"No, we are in Kuwait now. Yes! We do enjoy it, especially living overseas and getting to travel. No, I don't have to wear the hijab in Kuwait. Yes, we feel completely safe. Not worrying about ISIS at this point. Most of our students are Arabic, but English is the language of instruction at our school. Yes, we've learned a little bit of Arabic, but not as much as we'd like."

One question this summer, though, had both of us stumped! A friend of ours asked, "What can't you get in Kuwait that you miss from America?"

It seemed like a simple question at first. Of course there are LOTS of things we miss about home! But our life in Kuwait is very comfortable, especially in comparison to the more adventurous expats living in remote countries without conveniences such as internet and even running water. There are the obvious things that we can't get in Kuwait: A cold beer or relaxing glass of wine after a long day at work. A bacon cheeseburger. A hug from our moms or a play date with my niece. But really, what non-obvious things do we miss? We kind of fumbled through a lame answer at the time, but we've had some time to consider it and have come up with a list.  Granted, this list is still pretty lame, but these are the little things that we miss from home.

#1: HGTV. Ok, ok. We do get the odd episode of Holmes on Homes, and one of the British satellite channels just picked up old episodes of Rehab Addict (which I LOVE), but my summertime habit of binge watching Property Brothers, Income Property, and Property Virgins remains a solely annual event for me.

#2: True high speed internet. You can clearly see that have the internet, and our internet speed is ok, but skyping is still a garbled challenge and we can forget streaming anything through our Apple TV. It was so nice to be able to watch both seasons of Orange is the New Black this summer without having to wait more than 15 hours for each episode to download.


#3: Various ingredients. I've already mentioned the lack of alcohol and pork products in this country. We were prepared for that coming in to this gig. It is strange, however, some of the things that we can't get. Before you start assuming that I'm a big ugly American who expects the whole world to stock my brand of soup, let me remind you that there is a very large North American presence in Kuwait. The US has a large base at the Iraqi border and there are military contractors and educators crawling all over this place! Love it or hate it, we are a major purchasing force for the grocery stores here. So it is surprising to me that the stores don't stock their shelves with more of the types of things that are So Hot Right Now in American culinary pop culture (read: what's currently trending on Pinterest). For example, I can't find ground turkey. At all. Also, graham crackers are no where to be found. This one is really perplexing because even though we have a pretty solid selection of Jello pudding mixes and I can even nab some Nilla wafers-- two items that are decidedly not Arabic in origin-- there is nary a graham cracker to be found up in this joint. What gives?! Arabs tend to love American pop culture, as evidenced by the proliferation of mustachioed sweaters and tote bags in stores across the region. How is it that we missed the whole s'mores trend entirely over here!?

There are a few ingredients that are understandably hard to find here. Namely nutmeg and vanilla extract. See, the funny thing about banning alcohol is that people figure out real fast what kinds of things they can drink/eat to give them a buzz. I've learned more about abused substances and ways people find to get drunk/high since moving to the Middle East than in all my years in D.A.R.E. in American public schools. Did you know that you can grind up nutmeg and smoke it to get a marijuana-like high? ME NEITHER! Not until it came time for Christmas cookie season and all my baked goods were really REALLY disappointing. Good, non-imitation, vanilla extract is made by soaking a vanilla bean in alcohol. Apparently there were a lot of really strong vanilla martinis in the late '60s in Kuwait after the gin and vodka became so hard to some by, thus prompting the government to ban the flavoring, and its imitation form just for good measure.

#4: Football. On Monday nights, we do get the Sunday night NFL game through our satellite provider, but those games are usually random teams like the Tampa Bay Buccaneers vs. the Detroit Lions. Who is lame enough to watch those teams, anyway!? (no offense, Lindsey...and Jeff) Being from Nashville, the Mister and I would like to watch the Titans lose a game or two every now and then! And don't even get Tyler started on the Super Bowl!

#5: Good live music. We were so spoiled in Nashville! I always say the streets sing in Nashville and it's true! You literally just have to stand on a street corner in downtown Nashville to get a quality show for free. The Mister is a glutton for punishment, so he continues to get the email updates on our favorite Nashville venues announcing all the amazing acts that are stopping through town. 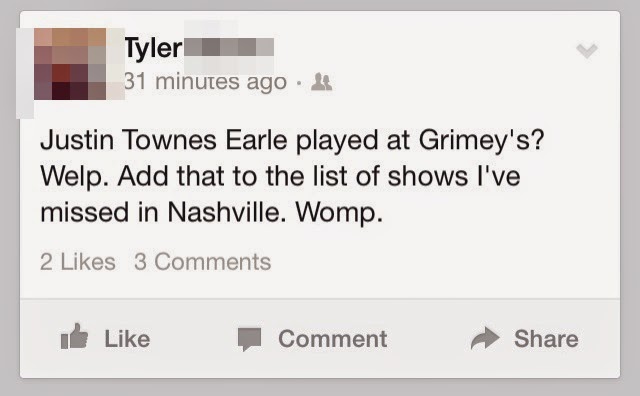 There are some venues for the arts here. In fact, Kuwait just broke ground on a new opera house--now they just need to get an opera and/or a symphony to perform in it! Maybe one day big musical acts like Lady Gaga or Justin Timberlake will stop by this little corner of the Middle East, but until then we have to save our pennies for a concert trip to Dubai or Abu Dhabi to get our fix.

The expat life is hard, y'all, and we do realize that we could have it a LOT harder if we had chosen to live in other parts of the world. I try to think of all this "hardship" as a reminder of why we love where we come from. It certainly helps us to make the most of our time when we are home in the summer. 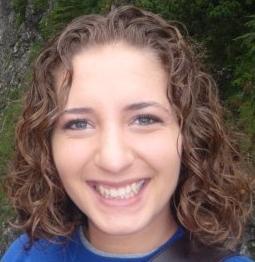