Y'all. It is hard to tell you how hilariously bad and simultaneously awesome DinoSaurLand Park is! First of all, you see the park all the way from the highway because a lifesize (according to the plaque) Brachiosaurus's neck is sticking up from the tree tops, beckoning you to take the next exit and travel back in time. 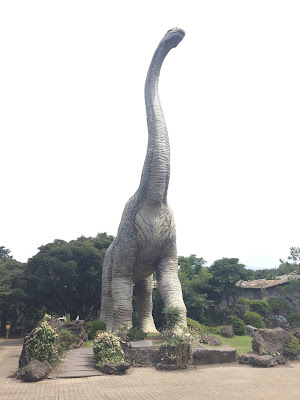 The entrance is flanked by two roaring t-rexes and it only gets better from there. The entry fee was only like $5 for all of us, and it was well worth the cost!

The trail takes you up a hill along paths that are lined with some low-budget dinosaur models and a few outbuildings with various fossil displays. 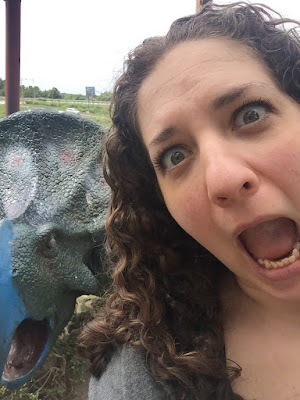 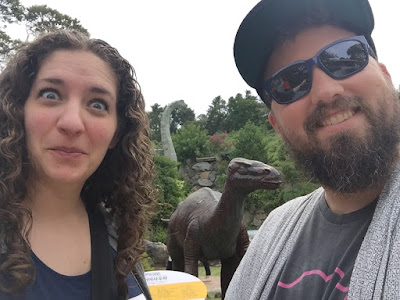 At one point there is a petting zoo, but really it is a feeding-sad-animals-carrots-through-the-openings-in-their-enclosure zoo, so we didn't spend much time there. The highlights included a 3-D theater with a 15 minute CGI movie about an androgynous child and a robot that get sucked back in time and chased by a ridiculous number of dinosaurs. It was all in Korean so I wasn't totally clear on the plot.

There was the Animation Hall ("animated" was putting it generously) which was filled with papier mache dinosaurs with hydraulic pumps in them that made various parts "move." I use the quotation marks because if it weren't for us hearing the hydraulics, we wouldn't know anything was moving! 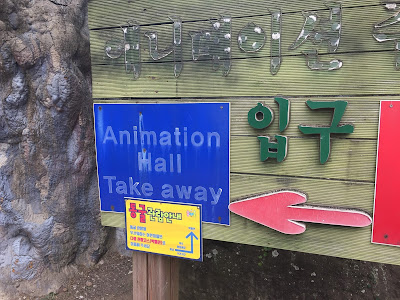 Then there was these guys: 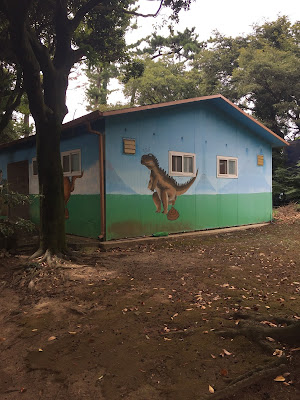 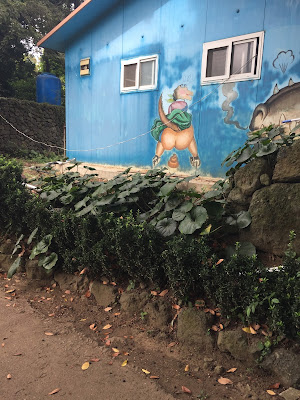 They made it hard to miss where the toilets were located. 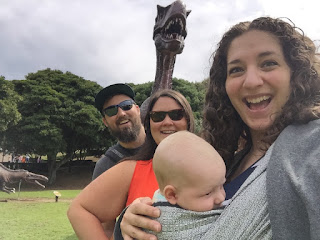 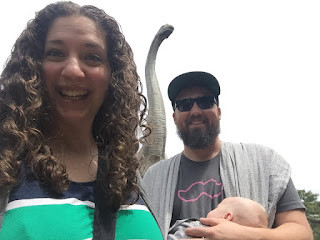 There was still so much more to be seen, but the day was warm and Sadie's patience for our shinanigans was waning, so we ended our circuit of the dinosaur trail relatively quickly, leaving the rest to be seen another day. 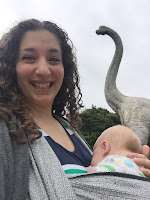