Fun new aspect of our life

So, I don't know if this is a whole-Korea thing, or just unique to the part of the country where we are living, but they are very particular about the trash situation here. I'm hoping that some or all of it is going into a recycling facility, but I don't know. I just know that when I arrived, there was a mountain of trash in our apartment, and the explanation was, "I keep missing the trash days!" And now that I'm living with the system, I can understand (a little bit) how the mountain was formed. It's complicated, y'all! Like there was a whole session during the new recruit orientation dedicated just to explaining how the trash works. 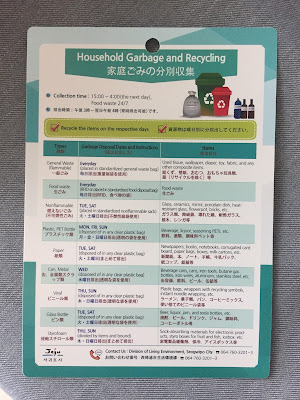 This is the trash guide that everyone was given to help keep track of all the trash days. You have to separate your trash into categories and each category has a day that you're allowed to throw it out. You can take the trash for that day out between 3pm and 4am the next day. There are specific dumpsters out on the street for each day's category, and woe to the household that gets it wrong and puts the wrong category in the wrong dumpster or throws out the wrong recyclables on the wrong day!

I guess I can't blame the garbage guys for being grumpy about the foreigners screwing up their system. It's not like in the States where an automated garbage truck picks up the cans and shakes them out. The garbage men here physically pick up the dumpsters and dump them over by hand, crawling into the back of the garbage truck to stamp it down when the bed gets too full! I'd be annoyed, too, if I had to pick through someone else's trash when they didn't get the system right. The other tricky part is that the dumpsters for our little apartment complex are on the road, and people pull over all the time to throw away trash from their car, or maybe it's the trash from their house. We've watched as those motorists just throw the trash in whatever dumpster is closest to them or open so they can toss it from the window without getting out of the car. As a result, the trash guys complain to the school about our dumpsters being a mess, but a lot of it isn't our fault!

So in an effort to not be Those Foreigners, we've adopted a system to make sure we separate our trash correctly and don't forget to take it out on the right day. 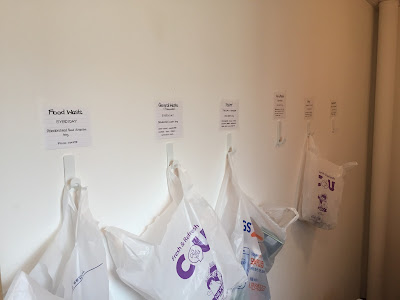 We have taped little signs to the wall of our laundry room with the category, the bag it is supposed to be thrown out in, and the days on which it is collected. Under each sign is a command hook on which to hang the bags. I was hoping to find actual trash bags, but those don't seem to exist in this country. Now that we've used this system for a few weeks, I can sort of understand. By the time you'd be able to fill up a big trash bag full of the trash in each category, your house would stink or you'd feel like you belong on an episode of AE's Hoarders.

So far the system has worked relatively well. I think we are sending out the correct trash on the correct day. We no longer have a mountain of trash driving me crazy, and I love that we have this new little routine to remind of us the fun quirks we enjoy living overseas. 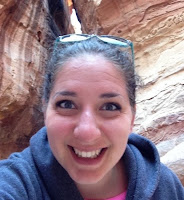