Alright, so Sadie has gotten to the point that she's not actually sleeping through a lot of this stuff anymore, but "Sadie is Nonplussed by Hello Kitty Island" just doesn't have the same alliterative fun, so we're sticking with the same series title.


So there are a bunch of brown tourist signs around the island that sometimes have attraction names that are so random that I just have to stop. Hello Kitty Island was one such place. Disappointingly, it is not an actual island (missed opportunity), but it is pretty great for a child of the '80s like me. I never really considered myself all that obsessed with Hello Kitty when I was a kid, but after a visit to her island, I realized I actually had a LOT of Sanrio products growing up! 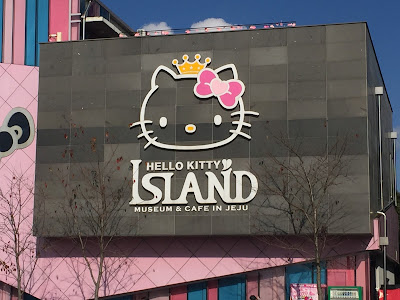 So essentially Hello Kitty Island is a three-story building with a little museum, Hello Kitty's "world," a play area, a cafe, and a theater. It was way over priced for admission, but if I had been a 3-5 year old little girl, it would have been freaking amazing! You really felt like you'd walked into Hello Kitty's world, and everything was designed to be eye level with a little kid. I could see how it would be a magical place for a miniature fan of Hello Kitty. 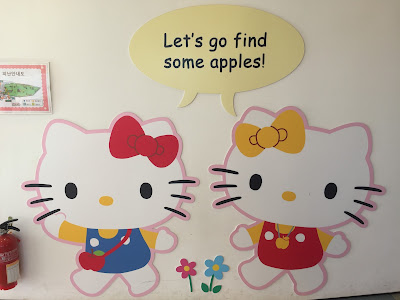 There was a little museum when you first walked in, and it had all the iterations of Hello Kitty from over the years. I'm not gonna lie, there were several times that it would show the "differences" from one year to the other and I just didn't see it. But it was cool to see the characters and the Kitty from when I was a kid. I was a little disappointed that the whole place didn't smell like a Sanrio Surprise store. That would have really brought me back

The hologram was a common theme on the Island. In addition to the holographic peep holes in Hello Kitty's living room, there was a Hello Kitty dance studio where you could learn a dance routine with Hello Kitty as your instructor. I couldn't decide if Sadie was terrified or just really interested in the giant dancing cat.


The rest of the first floor was Hello Kitty's town. It was pretty cool, actually. There was a bus, a library, a farm, and a little school. 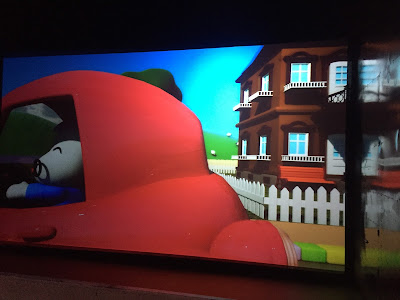 The second floor was pretty much dedicated to instragram-worthy sets for you to take photos in with adult-sized Hello Kitty and various characters.


Just before the cafe was an art gallery, which had a few neat pieces. 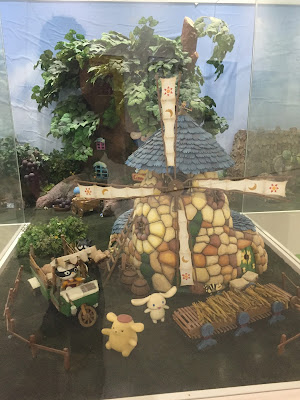 For twelve bucks a pop, I won't be going back to Hello Kitty Island any time soon, but I'm glad I went to see it and picked up a couple funny souvenirs at the gift shop. 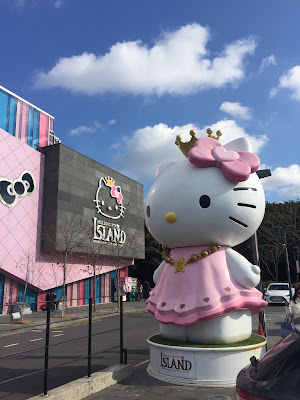 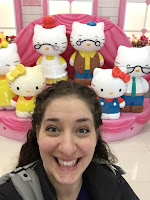