Just a casual weekend in Japan

Because of the quick turn around time between when Sadie was born and when she left Australia--combined with the fact that neither of us had worked in over two months and cash was running low-- we didn't arrange a visa for her before we arrived in South Korea. The privilege of being American is that we don't need to pre-arrange a visa to stay in this country, Sadie can just come in as a tourist. Only catch is she has to leave every 90 days to stay legal.

Aww shucks that means we had to take a weekend trip to JAPAN. Man, our life is so hard.

We booked the cheapest flight we could, which got us on an hour-and-a-half flight to Osaka after a mad dash from school to the airport after work one Thursday. This would be Sadie's first vacation with us, and the first time on a plane where she wasn't just a lump that ate and slept. Because of that, we didn't plan a bunch of stuff so that we could figure out what kind of little traveller we had spawned. 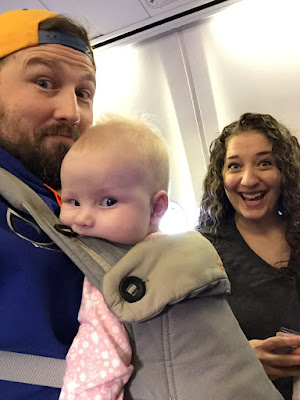 Turns out she's a champion! Also turns out she has major FOMO (fear of missing out)! We left the house on Thursday after her lunch time nap, and the flight was going to hit right around the time for her afternoon nap. I figured it'd be great, she'll be lulled to sleep by the white noise of the airplane and by the time we get to our airbnb in Osaka it'd be time for bed.

Nope. Not how it went down. She wasn't about to miss a THING! As a result, she stayed awake for NINE HOURS straight! And she only melted down when we got to the airbnb and we tried to put her down for the night. She was charming, bright eyed, and quiet the entire trip!

We got up the next morning and had nothing planned but a little exploration of the neighborhood. I had booked an apartment near the Osaka Castle, so we meandered our way there. 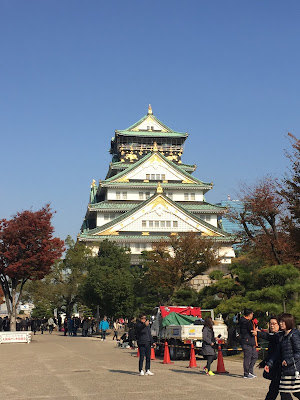 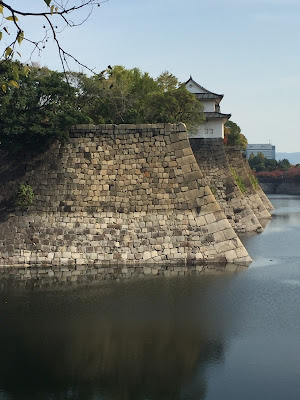 We realized we had pushed Sadie to the limits of her sleep cycle the day before, so we got back to the apartment around lunch time for her to get a solid mid-day nap.

One thing we learned on this trip is that we need to book two bedroom--or at least two ROOM-- apartments from now on because we were sort of held captive in a dark silent room while she got some sleep. At one point, after Sadie had gone to sleep for the night, Tyler was huddled on the floor at the other end of the apartment watching YouTube videos on his phone because it was only like 8 o'clock and he wasn't tired enough to go to bed.


I'm glad we were able to make this first trip with Sadie a quick cheap one so we could figure out how to plan the rest of the trips we have in mind for her before she goes to America for the first time this summer. Looks like she is going to fit right in to this family of wanderers. 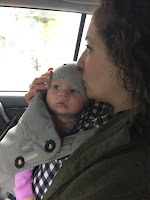