in which i have to leave to notice some things here...

You may or may not be aware of this, but when you are in a place for a long period of time, things become normal. You get used to a certain standard in everything. Everything from food to weather...you just start to think that this is the way it is and you don't think about it. The best metaphor I can think of for it is how everyone else's house has a smell...but you never notice how your house smells because you smell it all the time. 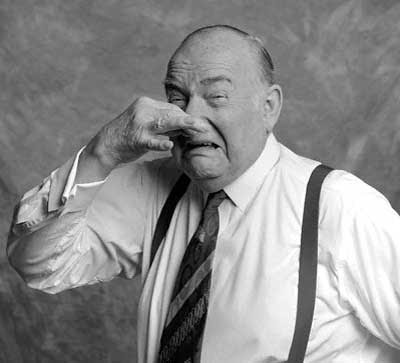 Which can sometimes lead to tragedy.
As Amber has been telling you, we just spent the week in Barcelona. I think you guys are pretty smart, so I don't think I need to explain how Mediterranean Spain is different than the Kingdom. But our time away from Saudi (to use the metaphor again) let me realize the way our house smells.
So some things that I have noticed since we got back:
1. The Traffic: Holy death trap, Batman! I know that driving in Saudi is bad. I was even to the point of fear when we first got here, but I guess I got used to it. I knew the "rules" (in quotes because, of course, there are no rules) and driving wasn't a big deal. When we got back from Spain, I hopped in the car to run to the grocery store and was immediately almost killed. I pulled out from our street onto the main drag and a car went by me so fast and so close that my VOLVO shook. The past few trips out have been expletive laden to say the least. But one of the things that I've been thinking about is how before we left, I just expected that kind of driving and thus it didn't really frustrate me anymore. I apparently lost that control.
2. The Volume: We had to be at Barcelona's airport at 8:30ish in the morning. We arrived, checked in, and started to find our way to the gate when Amber stopped dead in her tracks. "What's wrong?" I asked.
"It's...it's so quiet!"
There were a ton of people in the airport, and if you've ever been to that airport, you know that it's super open and there's not a lot in the way of sound absorption. But you could have heard a pin drop. Here, however, not so much. We went to the grocery store and BOOM. Children running amok...men talking loudly at each other...women yelling for said children. It was insane. And deafening. I never remember it being that loud...but I guess you get used to the volume too.
3. The Prayer Break: I spent a week of being able to just go out and get some food or run errands whenever. It was great because I can't do that here. I have to be conscious of the prayer times. It really didn't bother me that much before we left, but once we got back and wanted dinner yesterday, I stepped out the door and suddenly, prayer call. Wait 15 to 30 minutes and try again. It's one of those things you're not really allowed to be mad about...I mean it's literally one of the major points of their religion. So I have to be a grown up about it...::sigh::
It's pretty weird to have your normal be Saudi normal...but it's ours. I guess I just forget how our normal is so strange...leaving to somewhere else always highlights that. Berlin is gonna do a real job on my perception of the Kingdom...ugh.
Vicariously yours, 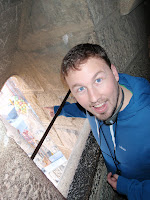 Email ThisBlogThis!Share to TwitterShare to FacebookShare to Pinterest
Labels: Living on Saudi Time, OMG I live in a foreign country, Posts by Tyler