We're right in the middle of Chuseok (roughly pronounced "chew-sock") break at the moment, so Tyler has the whole week off from school and we are enjoying a staycation. Chuseok is basically Korean Thanksgiving. There's more to it than that, but the holiday is celebrated with a big family gathering and a lot of eating, so the sentiment is the same.

Anyway, I thought I'd take this opportunity to show y'all what our new neighborhood looks like. We're living on an island off the coast of South Korea called Jeju. It is a largely agricultural place with one big city and a nice slow pace of life. I think it's going to be a great place to get our heads around this whole parenthood thing and soak up some good family time.

There are big highways and major roads around the island, but there is also a web of small farm roads that often are barely one lane wide and follow the paths along the stone walls that separate the fields. It seems like every road is called "the farm road" by the expats here. I'll ask Tyler how to get to the grocery store closest to our house and he'll say something like, "You know the farm road? Take that."

...nevermind the fact that there is a farm road in literally every direction. 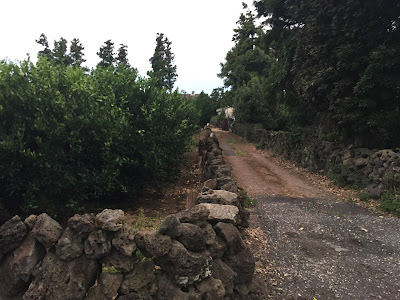 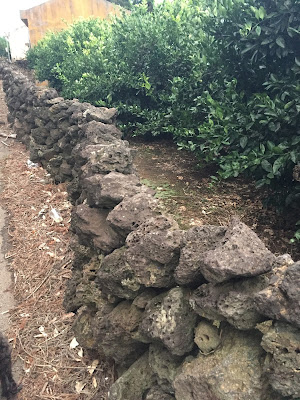 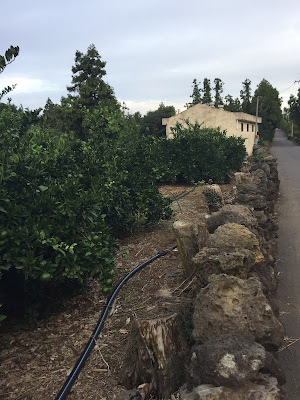 All the farm fields are lined with stone walls made of the igneous rock on the island. A Korean man next to me on the airplane here said that the rock on Jeju is really rare and people were visiting the island and collecting the rock, so the government made rock collecting illegal. Apparently you have to have a permit even to just pick up a stone you see on a morning walk and take it home with you. ...not sure how true that is because there seems to be no shortage of the rock now that I'm here. 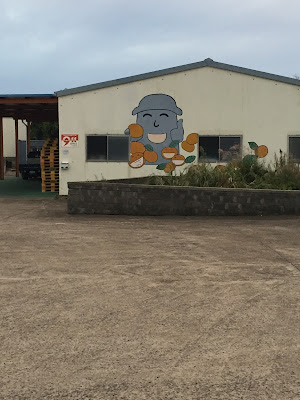 Jeju is famous for its tangerines. I'm ashamed to say that I've lived here for over a month now and I have yet to stop at one of the roadside fruit stands and buy some genuine Jeju tangerines. Now that we have a car I will have to make that a priority. Apparently they're ridiculously delicious.

Jeju also grows garlic and black pigs. I'm sure there's a more scientific name for the pigs, but everyone just calls them black pigs. They are, predictably, black but look like any other pig. People, including my husband, claim that the pork from the black pigs tastes different, but I haven't noticed. Tastes like pork to me, but I guess it's more fancy because it sure is expensive! Thankfully for our noses there aren't any pig farms near our house.

So that's what the typical backroads of Jeju look like! Tyler and I bought a car this weekend, so I'll be able to tool around and get some photos of the urban areas and beaches on the island soon. 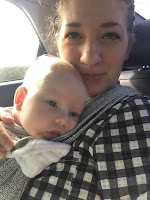