Months ago, while our friend Marisol was visiting for her Christmas vacation, we took a short trip over to Sydney. I haven't written about this trip because all three of us were less than impressed with what is probably Australia's most iconic city. We had big expectations for Sydney. When you google "Australia," photos of the Sydney harbor bridge and opera house are unavoidable. If you ask most Americans to name a city in Australia, Sydney's usually the first and only one that comes to mind...in fact if you ask most Americans what the capital of Australia is they are shocked to learn it's NOT Sydney.

Anyway, despite all the warnings from our Melburnian friends that Sydney would be less cool than our latest home, we boarded the thrifty regional flight expecting Travel Channel worthy fun times.

To be clear, I'm 100% sure there are tons of tourists every day that have the opposite impression of Sydney, but those tourists are likely travelling on a cruise ship excursion, visiting friends with cars and a local knowledge of where to go, or have limitless money to pay for ubers or tour companies to cart them around. They also probably don't spend a whole lot of time in the city itself, choosing instead to catch some sun at one of the surrounding beaches.

We found Sydney to be infuriating, confusing, and WAY over hyped. Here's why:

The public transit was incomprehensible and a huge waste of time. Before we left I found the official app for Opal, Sydney's public transit system. The Melbourne equivalent of this app is clutch for our survival here so I figured the Opal app would be similarly useful to our enjoyment of Sydney.

I should have known it was strange when we landed, I opened the Opal app, plugged in the airport as our starting point and the address of our airbnb as the destination and there were ZERO POSSIBLE ROUTES. What?! Like there isn't even a route to get us sort of close to the address? I knew for a fact there was a public transit route since I chose the apartment because of its doorstep proximity to a public ferry port...why was that port not showing up on this search? 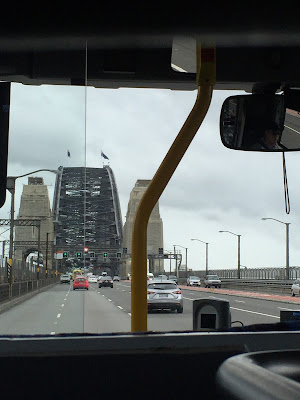 It took forever to find a route that got us sort of close to the apartment and over an hour and a half to actually make the journey that we came to find out should have only taken 45 minutes. The bus stops in the city are confusingly marked, and when we asked a bus driver for information on his route, he barked that we just needed to check the timetable on the bus stop...but there was no timetable on the stop, that's why we were asking!! After we got out of the city center, the bus stops were marked with a yellow sign that did not have the name of the stop, the routes that stopped there, or the timetable for any of those routes. You just had to intuit that the yellow sign was a bus stop and hope the route you wanted would stop there.

It took us about 2 days to fully understand public transit in Melbourne, but even with super basic knowledge and the PTV app we were able to navigate ourselves without issue on our very first day here. We were in Sydney for 3 days and never got the hang of the public transit. It got to the point that it stressed me out so much that I didn't want to leave the apartment because it meant at least an hour of trying to make sense of the bus/ferry/train schedules and routes.

I'm not sure what we will do for our next trip to Sydney. We both have driven on the wrong side of the road, but neither of us have experience driving in a big city and do NOT want to be the trope of American tourists that find themselves facing on-coming traffic in the middle of rush hour. Now that I've got a better handle on the layout of the city and what is actually worth seeing, we would probably stay somewhere suburban or close to one of the beaches rather than in the city itself. Maybe we'll just convince future out-of-town guests that Sydney is best visited through Google searches...

Anyway, the ferry ride to our apartment ended up being my favorite part of our trip. I love being on the water and our ferry route took us straight through the harbor with close up views of the bridge and the opera house. The nice part about not being able to access some of the cooler parts of the city was that we got a lot of quality time with Marisol and enjoyed some nice meals together before she had to leave us to return to the sandbox. I'm glad it was Marisol that joined us for our first out-of-Melbourne excursion in Australia. 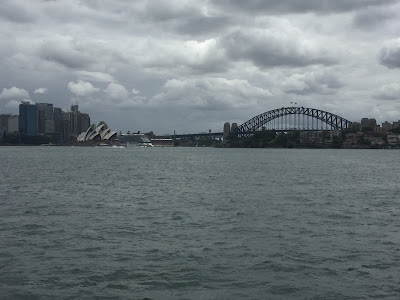 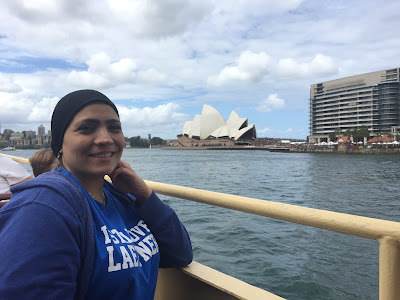 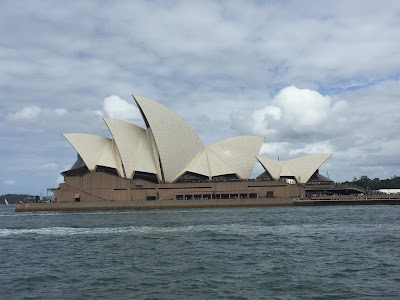 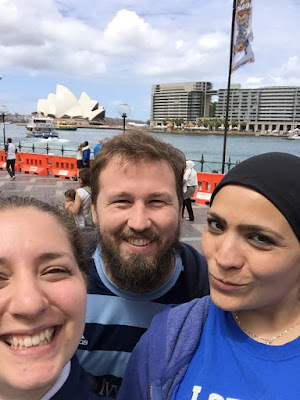 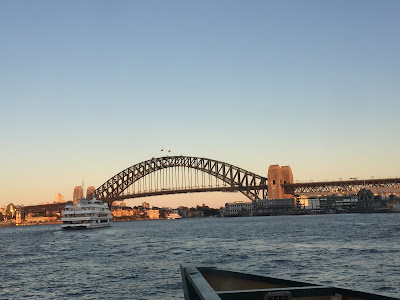 Editor's note: After reading this post Tyler said, "I think you should be nicer to Sydney. There were some things we saw that were really cool."