A lot has been going on lately

For about 8 weeks, until the beginning of last week, the Mister and I were pregnant. It was very much a surprise that I was terrified of at first, but we were both completely thrilled within a few days of taking the home pregnancy test.

It was our first pregnancy, we had only just decided to roll the dice a few months before, and we could not believe that it worked on our first try! We had just submitted our applications to the University of Melbourne! We were planning on resigning here in Kuwait and moving to Australia in July! A baby was going to change all of that, but we were so excited to let our principal know of our change in plans.

Then last Sunday, it was over.

We had only known about the baby for a month, but we were devastated. We still are, really, though it's obviously getting easier to talk about. I had what is medically called a "missed abortion," according to the paperwork on my file. The fetus never became viable, meaning it never developed a heartbeat. I guess as miscarriages go, this is the easiest one to have? None of this has been easy, but I'm trying to cope by telling myself that it hadn't felt real yet because we hadn't had that magic moment where you see the flutter of a beating heart on the ultrasound screen.

What has not made it easy to cope with has been my experience with my doctor and the hospital we chose to go with. I spoke to a colleague who had recently had a baby and she, like pretty much everyone else I'd spoken to about maternal care in Kuwait, recommended a private hospital nearby. She also mentioned a doctor at that hospital that had delivered a couple other staff babies in the last school year and was currently taking care of a pregnant colleague. With those recommendations, we went ahead and made our first appointment.

I'm sure this doctor probably has given excellent care to my colleagues that have carried their babies to term. I'm sure that the experience of delivering at this very posh facility is as comfortable and delightful as I've been told. I can confidently say, though, that miscarrying under this doctor's care and with the staff at this hospital has been emotionally horrible.

To start off, none of my appointments with my doctor were longer than 20 minutes. I take a very active role in my medical care, asking a million questions and researching recommended medicine and procedures. I never felt like this doctor had any time for me or my concerns. In fact, after she told us we had miscarried and I had started to cry as I fired off lots of questions, she simply told me to "Relax" as she stood up to usher me out the door because our 15 minutes with her were up. I had to go schedule my next appointment for Thursday so we could have the "official ultrasound." What was an official ultrasound? I never got to ask, really.

So there I stood in the hallway of this hospital, trying to pull myself together so I wasn't crying in front of a room full of strangers, trying to think of what was on my calendar for Thursday and trying to erase the idea of motherhood from my mind.

Thursday rolls around and it's time for the "official ultrasound." My doctor is not there and apparently there isn't any sort of centralized record system because we checked in for the appointment and were greeted with the question of "How far along are you?"

That one stung a bit. It was still a little fresh.

We go back into the ultrasound room and the tech asks again, "How many months pregnant are you?" Seriously?! Can we please stop talking about it now!?

The ultrasound gets started with the tech first, who soon goes to get the OB/GYN on call. He enters the room, says absolutely nothing to us--no introduction, no inquiry into the purpose for the appointment, nothing--and resumes inspecting my pelvis. We sit in awkward silence and I finally force him to acknowledge my existence by asking him a question which he curtly answers and finishes the ultrasound in silence. He stands up, says, "Actually there are no pulsations," and walks out the door.

"Yep. That's what we came here to confirm..." I said as the tech politely cleaned off the ultrasound jelly.

What if that had been the first time we'd heard that news?! What if we hadn't realized we'd miscarried?! What if we didn't understand what he meant with "there are no pulsations"!?! Where was the empathy? Where was the "I'm sorry to tell you, but..."!? Now I was devastated and outraged.

As was to be expected, I had a thousand more questions after this "official ultrasound." Now what? I've never miscarried before, so am I just done now? I go home and never see the inside of this hospital again? Do I need any follow up procedures? Can I get the results of the blood work I did weeks ago? None of this could be answered because my doctor wasn't on duty.

So the most painful challenge in my married life still wasn't over. I had to go back on Saturday to meet with my doctor one more time and finish everything.

"How many months pregnant?" the nurse asked when I checked in for that appointment. The tears welled up again. I was alone for this appointment, Tyler had a soccer game so he couldn't come. I had to explain yet again that I was no longer pregnant and then I had to explain the meaning of the word "miscarriage" while choking back tears.

"It's ok, Miss," said the nurse, clearly unsure what to do in this situation. Am I seriously the first woman this nurse has ever cared for that has had a miscarriage?! Am I the least fertile woman in Kuwait right now!? It certainly feels like it at this point.

I finally got the appointment over with, received the report of the "official ultrasound," which turns out to be this hospital's way to saying "getting a second opinion from an incredibly insensitive doctor." I am happy to now turn my focus on getting out of Kuwait where my husband and I can consider trying to start a family again without fear or apprehension.

I realize that, compared to the experiences of others, the Mister and I could have had it a lot worse. Thankfully my miscarriage has not been physically painful and we were spared having a late term loss like a few friends of ours have had to suffer through. We are ready to move on, focus on our future, and end our time here in Kuwait as happy and healthy as possible. 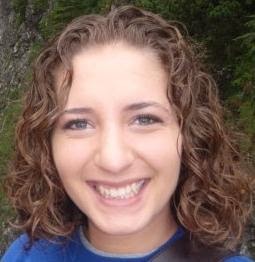