Not to be xenophobic...

I'm usually very much against the whole English-first way of thinking. But as I'm trying to fill out visa applications and figure out what exactly we need to bring to the Saudi embassy so we can get our visas, I'm starting to see where total fluency in the English language might come in handy.

Example 2: "In the religion section, enter either Muslim or Non-Muslim (Other)." Again, normally I would have no issues with that, but "Non-Muslim" ISN'T AN OPTION! But Christian is...so should I just put that?

Example 3: "Medical reports should be used within three (6) months from the date of issuance." Uh, you're a little vague there. Is it three, or six months?

Another personal favorite: where I put my name on the online application. There's a place for "last name", "second name", "other name" (other name!??), and "last name." Let's just say that the last name box isn't even big enough for the cursor, much less letters... 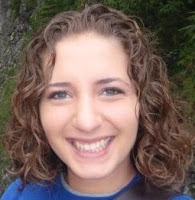 Email ThisBlogThis!Share to TwitterShare to FacebookShare to Pinterest
Labels: Before we left the States, getting a Saudi visa, posts by Amber